I have trimmed my holding in Somero as it had become too large a percentage of my portfolio. I’ve reinvested some of the proceeds into RWS taking the total number of holdings up to 25. I’ve decided that 25 holdings is going to be the ceiling for now and am planning to have a more careful think about how concentrated my portfolio should be. 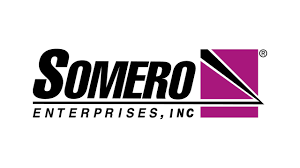 Somero hadn’t quite reached 10% of my portfolio. I still have confidence in its prospects. However, I feel a little uncomfortable with having it as my largest holding by some distance given it is very cyclical and earns in dollars at a time when the pound is starting to show signs of strength. I’ve trimmed it by a third. The holding is now 4th largest at 6% of the portfolio.

With some of the proceeds I have topped up my holding in Just Eat, taking it to 3% of the portfolio.

I think RWS is a very high quality business:

As previously reported, there is scepticism among applicants and the IP profession both as regards the UP’s jurisdiction and also the actual financial benefits for those applicants which do not require Europe-wide patent coverage. Because the proposed Unitary Patent will run in parallel with the existing system, it will not provide any financial advantage to many corporates who only seek patent protection in selected key countries. In addition, corporates using the Unitary Patent scheme for the first time will also run the risk of a new and untried intellectual property litigation system.

To date there has been insufficient guidance from the UK Government as to the terms it will seek for UK’s exit from the EU. The uncertainty of whether the UP will still cover the UK when it finally exits the EU could add further reluctance to using the new system. We therefore anticipate a minimal loss of revenue in FY17 and we will be closely monitoring client reaction and legal developments over the next six months to establish the impact/position for FY18 and beyond.

The Unitary Patent clearly results in a significant risk for RWS patent translation services, which currently make up more than half of its revenues. As you can see above, management are still pretty sanguine on this point and predict uptake will be slow. They are also looking to reduce their reliance on European patent translation by moving into Life Sciences to reduce this risk further. Hmm… I think there is quite a bit of risk here but not enough to put me off buying.

Momentum is very good. RWS has very recently released a trading update where it says this about its outlook:

As the premier global supplier of intellectual property support services and now a major force in Life Sciences we believe we have an unrivalled position from which we can drive further expansion. Our strong financial and market position leaves us well placed to attract selected niche acquisition opportunities in our chosen specialities. Overall, we anticipate further progress in the second half of the year, which will benefit from a full contribution from LUZ, and beyond.

Share price momentum is also good with the share price near its all time high. Valuation is high but I believe reasonable given some cautious assumptions for growth.