The last week and a bit has not been so kind to my portfolio, or the UK stock market in general for that matter, though higher valued stocks have been more severely hit. I’ve no idea whether it’s a blip or the start of a more serious correction, though I have been prompted to sell a number of stocks that hit my stop losses.

I sold out of XP Power, dotDigital, Burford Capital, NMC Health, RWS, Accesso Technologies and Washtec. I made a 25% profit on a large position in XP Power. I was around break even across the remainder of these trades, giving up the modest gains I had made on them over the last couple of months.

I resisted the urge to hold on to these positions, despite the feeling of disappointment of losing my temporary paper winnings. Under my momentum based strategy, I think it’s best to regroup and plan a new line of attack in situations like this (where a lot of positions start falling at once). The emotional rollercoaster of holding on to stocks with falling prices, hoping they will bounce, is not a pleasant one. Valuations are quite high at the moment so I think there is potential for sizeable falls. In my view you should either take a momentum based approach and sell quickly according to stop loss rules, or you should commit to ignoring the short term price movements and buy and hold until the fundamental story changes. I think failure to commit to either of these extremes leaves you at risk of stress and emotionally induced mistakes. Typically this would be holding through an extended correction while agonising over whether to sell, only to do so at the point of maximum pessimism, which tends to be the bottom.

It feels a lot more comfortable to be sitting on a big pile of cash looking out for opportunities. There do seem to be a few decent prospects around, especially in the US market. I’m doing more research to improve my familiarity with the US stocks on my watchlist to get a better sense of what the best opportunities are at the moment.

I’ve bought a couple of small new positions, Lam Research and Amazon. However, beyond this I’m aiming to be cautious and don’t want to relinquish my cash balance too quickly, as the mood seems a bit bearish at the moment. I’m also a bit reluctant to extend myself too far into US stocks, as there appears to be some exchange rate risk ie that the $ falls against the £.

Lam Research is a supplier of wafer fabrication equipment and services to the semiconductor industry. Its customers produce microchips for use in various electronic products, like mobile phones etc. Lam’s biggest customers are in Asia, particularly Samsung in South Korea.

Since admitting US stocks onto my watchlist I’ve come across a large number of businesses involved in the semiconductor industry. I’ve yet to really understand this sector, the supply chain and how it segments into different specialisms in much detail yet. However, I have picked up that it is cyclical and booming at the moment. As a supplier of capital equipment to this sector, Lam Research has the potential to be very cyclical. So I think to be approached with some caution.

Momentum is currently excellent, with the share price hitting new highs and Lam having recently beaten expectations and issued a positive outlook in its last quarterly report. The valuation looks exceptionally cheap given the current growth prospects, though this does not account for cyclicality. Accounting for this is tricky but in my view the shares still seem cheap at the current price.

Being cyclical and in a dynamic and complex market, this probably isn’t one of the first shares I would consider for a long term buy and hold. However, the valuation and momentum are sufficiently attractive that it seems a good bet right now. 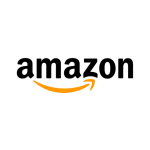 Amazon started as an online book retailer and grew into an online platform retailing all sorts of consumer products. It both sells or resells its own products and hosts third party sales on Amazon marketplace. It has invested heaviy in vertical integration both developing a formidable distribution network to ensure it has the fastest fulfilment times and developing a successful cloud computing service that supplies to itself and some of its competitors.

Amazon is unlike other shares I have bought as it is not really very profitable. It is more of a ‘story stock’, where the story is that it will relentlessly grow its revenues, by taking its disruptive business model of an online platform and faster delivery into various large retail markets. At some point it will be so big that the profits it can make will be enormous. Typically I avoid ‘story stocks’, but I find the story of Amazon’s competitive advantage compelling enough to buy some, despite the lack of current profitability.

Momentum is excellent, with the share price more or less consistently rising for a number of years and Amazon recently having issued a positive trading update.

The valuation at this stage is more about speculating about how big Amazon can get, given its current competitive advantages and the opportunities available. My best guess at this point is probably a lot bigger that the current market cap suggests.