It feels somewhat uncomfortable writing a post entitled ‘buying spree’, given my current ambition to trade less. However, it seemed appropriate given I bought three new positions this week. Quite a few decent looking opportunities have been cropping up and it seemed foolish not to capitalise on at least some of them.

The markets have been steadily recovering from trade wars jitters over the last couple of weeks. No doubt there is more volatility ahead. However, I’m now a bit more relaxed about remaining near fully invested rather than trying to anticipate the next crash. I’ve decided to take advantage of opportunities to invest in Churchill China, XP Power and Gamma Communications. I have held shares in all of these businesses before and know them well. I’ve decided to buy Churchill China following an ahead of expectations trading update. I have written about it  fairly recently, so won’t do so again here. It has been a while since I reviewed XP Power and Gamma Communications. I have some further thoughts, so have refreshed my write ups on these below.

I’ve also sold out of Portmeirion for a 20% profit, following its recent trading update. While it was fairly decent, I was hoping for a bit more. More significantly, I have been having second thoughts about Portmeirion’s quality. I’ve intermittently held Portmeirion in my portfolio and watchlist for several years and its become a bit of favourite. A useful article by Phil Oakley has made me think again. On reflection Portmeirion is more cyclical than I had given it credit for and I’m not sure its other attributes adequately compensate for this. There are a lot of other opportunities on my radar from the many higher quality businesses on my shortlist, so I’m happy to take my small profit and move on.

On to the buys…

XP Power is a developer and manufacturer of power converters for high end original equipment manufacturers, e.g. medical equipment. I’ve held it several times in the past and always done well. While I’ve always been a little sceptical of the sustainability of its competitive advantage, its quality passes the bar for me to invest in it. Right now the cheap valuation and business momentum make it seem very appealing.

There is strong underlying business momentum and the valuation looks very reasonable. The share price is near its highs, but has been consolidating for the better part of the year. I’m anticipating that its next trading update, due near the end of the month, could be a catalyst for its next leg up. I’m ready to add to my position if it’s a good one. 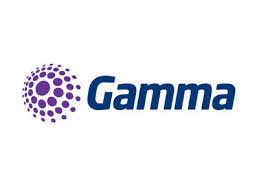 Gamma is a provider of telecommunications services primarily to SMEs. It is in the middle of the telecommunications supply chain, providing cloud services rather than the underlying infrastructure, which it mostly sells via downstream distributors. I’ve held it previously but unfortunately got cold feet and bottled. I know quite a bit more about its market know and as a result have a lot more confidence in its long term prospects than I did previously.

I bought Gamma just after an update that trading has been at the top end of expectations. The share price is just breaking out to new highs. The valuation is fairly high but seems reasonable given the growth prospects.