The panic seems to be subsiding, well at least momentarily, after last week, though share prices still seem to be quite volatile. I’m surprised at how sensitive my outlook is to share price volatility, despite my better judgment. Last week felt like it could be the beginning of the end, even though the rational part of me reasoned that there wasn’t much to worry about. A small bounce and I’m already looking forward to a monster Santa Rally. Those emotions are tricksy little blighters.

I’ve warned about the danger of paying too much attention to to macroeconomic news previously on this blog. Macroeconomics is notoriously complex and difficult to predict. Prevailing narratives are often oversimplified and as a result can be wildly wrong. In macroeconomics the consensus view is mistaken more frequently than in any other field I can think of.

If you pay attention to the financial media, it’s very easy to become sucked in to the panic-du-jour. To guard against this, I think the simplest and best approach is to have an unrelentingly optimistic longer term perspective. It’s a decent bet that any macroeconomic concerns will be temporary, no matter how bad they seem at the time, and that the economy and corporate profits will continue to grow over the long term. At least that’s what’s happened before. Here is a (logarithmic) chart of what the US stock market has done over the last hundred years. Your main concern should be taking advantage of the rises rather than avoiding the occasional bump. Investing in high quality should make you even more resilient.

I don’t think it comes very naturally for many critically-minded people to be unwaveringly optimistic when faced with signs of danger – certainly not me. It’s something we have to work at for the benefit of our mental health as well as our investing returns.

As I mentioned in my last post, I took the somewhat exceptional opportunity of indiscriminate price falls last week to go fishing for some higher conviction investments. I offloaded Pharmagest (perhaps a bit pricey) and London Stock Exchange (just less sure) and bought into AB Dynamics, Kering and Beeks Financial. This week I also did my regular bi-weekly trade, swapping Auto Trader for Microsoft.

AB Dynamics is a long term favourite that I’ve held several times before and have written about here. I bought as it has just issued a very bullish ‘ahead of expectations’ trading update but nevertheless got caught up in last weeks falls. On to the others…

The main catch from my haul is Kering. Kering is a very large (£42bn maket cap) family-controlled French business that owns a large number of luxury brands, including most notably Gucci, Yves Saint Laurent and Bottega Veneta. Over the past decade it has shifted from general retail, offloading assets such as Volcom and Puma, to concentrate its focus on luxury brands only and take full ownership of the mega-brand Gucci.

The investment thesis here is slightly unusual for me, in that I’m following more a value investing philosophy, buying on the basis of the conviction that comes from an attractive valuation and concerns I see as exaggerated. More commonly, I look to take advantage of momentum and the market’s tendency to underreact to good news. In general, I find momentum to be a tactically superior strategy as it allows you to take a shorter time horizon, generating quicker returns that can be compounded more rapidly. It also means you need less conviction and can treat unexpectedly falling prices as a sign you may be wrong. However, as I mentioned last week, in the current market environment I think it makes sense to rely relatively less on momentum than I normally do.

The underlying trading momentum is excellent, with Kering smashing forecasts in its last few results. On the other hand, the share price has fallen by about 30% since Kering’s last results. This has happened to a number of luxury businesses, including Moncler (which I also currently have some shares in), Louis Vuitton, Hermes and in the UK market, Burberry.

The reasons behind this all centre around China. There are general concerns about the reliance of luxury businesses on Chinese demand, in the context of a slow down in the growth rate of the Chinese economy and a US-China trade war that shows little signs of abating in the near future. There are also more specific concerns that the Chinese goverment is currently cracking down on the practice of “daigou” or parallel trade i.e. where Chinese traders buy luxury products abroad to resell in China, where the prices are more expensive.

Both of these concerns seem overblown to me. The crackdown on parallel trade seems like a fairly minor concern that if anything you would expect to benefit the luxury brands. If Chinese customers can’t purchase the luxury items they want more cheaply abroad, then they have to buy them in China at higher prices. Cracking down on parallel trade allows companies like Kering to maintain these price differentials and better exploit Chinese demand for luxury. It could always lower Chinese prices if it wanted to. Louis Vuitton put this view forward in its recent results conference call. However, analysts and the media seemed to seize solely on the confirmation that the crackdown was occuring as support for their existing bearish thesis.

The wider concerns about Chinese growth and the trade war also seem speculative and overblown.  Tariffs have relatively minor impact on high value luxury products as they are based on cost and the margins for these items are so huge. In any event, I think it makes sense to be optimistic that the trade war will be short-lived. While Chinese growth is inevitably gradually slowing from the incredible rates of the last few years, there is little sign that the secular growth in demand for luxury from the growing middle-classes is likely to come to a halt any time soon. Louis Vuitton’s recent results showed strong growth in China against tough comparatives.

In this context, the valuation seems excessively cheap. My back of the envelope calculations suggest that the market is expecting fairly pedestrian profit growth rates in the low to mid single digits over the next few years, while recent growth has been around 30-50%. This seems like a fairly absurd valuation for such an obviously high quality business firing on all cylinders. The valuation also seems considerably cheaper than for other luxury companies for apparently no good reason.

Kering is due to issue its Q3 results next week. I think these will be good. I’m not sure they will provide a catalyst for an immediate recovery, but I anticipate that the current bearish consensus is likely to revert fairly soon. 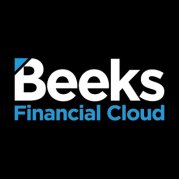 Beeks provides cloud computing infrastructure to brokers and trading firms. It has a low latency trading network with direct connectivity to a large number of financial exchanges across the world. It has listed on the stock market fairly recently and seems to have become quite popular among private investors. It’s a small and relatively unproven early stage business (market cap of £60m). It consequently has somewhat more uncertain prospects but also greater scope for growth than a more established business.

Trading momentum is good, with Beeks issuing decent results at the end of August showing rapidly growing revenues and a bullish outlook. I think there is plenty of scope for further upgrades to expectations.

The share price went on a big run after that, but then retraced during the recent market weakness. Small and illiquid stocks can get hit particularly hard by this sort of volatility, so it seems like a good time to be a buyer. The valuation seems pretty cheap to me given the growth I anticipate, but there is a reasonable degree of uncertainty to account for too. 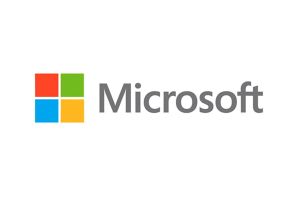 Microsoft needs no introduction. Its Windows operating system is a textbook example of a monopoly product that was subject to antitrust investigation in the past. More recently, Microsoft is involved in many other growing business segments, including its cloud-based service Office 365, cloud infrastructure Azure, the social network LinkedIn, the search engine Bing, gaming and in producing devices like Surface.

The size and complexity of Microsoft’s business make it difficult to analyse very closely, but I don’t think the detail is so important in judging its quality as an investment.

Trading momentum is excellent at the moment, with Microsoft reporting ahead of expectations for the past few quarters. Price momentum is also good with the share price in a steady uptrend for quite some time. It has been hit relatively mildly compared to other technology stocks in the recent volatility. The valuation seems cheap to me given the obvious quality of the business.