The spectre of economic and market meltdown continues to recede after the panicky final quarter of last year. We now have an accomodating Fed, better than expected economic growth in the US, progress in trade negotiations with China and an imminent no-deal Brexit looking less likely. Valuations for high quality shares are becoming pretty demanding in some cases but not outlandishly so. I’m becoming more confident that 2019 is likely to be a good year for equities. There’s certainly been quite a steaming run so far. I’m pleased to be up about 10% but this doesn’t seem to be that special – the S&P 500 is up 12% after one of the best starts to a calendar year ever!

For my scheduled trade I sold out of Amazon for a small loss and bought into Micro Focus. I’m still an Amazon fan long term but its latest trading update had a mildly disappointing outlook and the momentum had weakened. I was somewhat reluctant to sell but Micro Focus seemed a sufficiently better near term prospect on both valuation and momentum grounds to justify the switch.

I’m wary of the dangers of switching horses like this too often so have disciplined myself to only make one trade every two weeks. However, I do allow myself additional trades for ‘exceptional’ circumstances: either if one of the businesses I hold is acquired or if there is a profit warning. Over the last fortnight I had news on both of these fronts. This meant that I made two additional trades to my scheduled one.

It’s been a while since one of the businesses I held was acquired. Two weeks ago I received the news that Scout24 had accepted a bid from private equity. There has been quite a bit of M&A in the price comparison sector recently and there had been some media speculation about a bid for Scout24, so this didn’t come as a great surprise. The premium was fairly modest at about 15% above the prevailing share price, but I’m not one to complain about an instant win, especially when I can immediately recycle the proceeds into another investment. I chose another German business – Atoss Software.

As a sort of karmic offset, last week I had a lightly veiled profit warning from Beeks Financial Cloud, which indicated that profit growth was likely to be significantly lower than anticipated this year due to investments in building more data centres. The tone of the trading statement seemed fairly positive and I might have been tempted to hold on if not for a couple of warning flags. One was a lack of explanation why the scale of these investments was not anticipated. More importantly, Beeks also stated that revenues were only likely to be ‘broadly’ in-line with expectations. Had the messaging been more clearly that greater than anticipated investments were needed to keep up with greater than anticipated demand, I might have been tempted to hold on. However, I did not get this sense and thought it best to bail immediately. This turned out to be a good call as the share price has continued to fall over the last couple of days and is now more than 25% down. I reinvested the proceeds into another UK small cap – Scientific Digital Imaging.

Incidentally, by hammering the sell button at 8am sharp I was able to sell about half of my Beeks shares at 121p, before the price had fallen much at all. A few years ago when I had a smaller portfolio, this tactic would have allowed me to exit my whole position unscathed. I find it intriguing that you can sometimes dodge much of the price fall from a profit warning simply by being quick on the draw. It’s not a huge benefit – it only sometimes works and is only of much benefit if you have a small portfolio – but it’s surprising that it works at all.

Atoss is a German developer of workforce management software i.e. software to help businesses manage, deploy and analyse the time spent by their employees. Its most important customers are businesses that provide services with large numbers of employees, in sectors like retail, logistics and healthcare. It is a fairly small business, with a market capitalisation of £330m. It sells its products globally but is mostly focused on its home territories in Europe and Germany in particular. In common with many other enterprise software providers, Atoss is transitioning towards a more subscription-based ‘software as a service’ (SAAS) business-model delivered over the cloud. However, it is still in the fairly early stages of this transformation.

Atoss’s most recent results were very positive and ahead of expectations. The share price momentum is excellent, with the price breaking out to new highs. The valuation is fairly demanding but I think justified as Atoss is both growing at a decent clip at the moment and likely to continue to grow for quite some time. 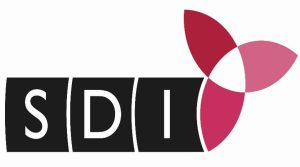 Scientific Digital Imaging came to my attention as a popular current pick among the UK private investors I follow. It is an umbrella company for a host of small companies that supply scientific products for the life science and healthcare markets. Much like Judges Scientific, it has a ‘buy and build’ strategy looking for small founder-run businesses that have created products that complement its existing portfolio. SDI is still a very small business (with market capitalisation of around £40m) so it can move the dial substantially with fairly small scale acquisitions that tend to be more attractively valued. This makes it more of a high-risk high-reward investment than a larger business with a more established track record and competitive advantage.

Recent newsflow has been very positive – SDI last results were good and it has already lined up three small acquisitions this year. The share price has recovered near to its highs following the market correction we had over the last quarter of last year. However, the main draw for investing in SDI now is that it looks extremely cheap given its growth prospects.

Micro Focus provides infrastructure software – helping customers get the most out of old IT investments in legacy systems to combine them with newer technologies. It is an old favourite that I have invested in successfully in the past. It has been following an acquisitive strategy, buying up infrastructure software companies and exploiting its scale to better manage their assets. It has had a difficult time integrating its latest Hewlett Packard acquisition but is now showing signs of getting back on track. Unusually for me, this is a recovery play partly motivated by the current low valuation.

After the setbacks following the HP acquisition, Micro Focus latest trading update suggests it is getting back on track. Recent share price momentum is excellent with heavy buying over the last couple of weeks. The valuation looks very cheap to me (even taking account of Micro Focus relatively high level of debt).