The latest round of Parliamentary voting on Brexit has left the ultimate outcome entirely unresolved, with two weeks to go before we are due to leave. All possible outcomes are still on the table. This includes not only the indeterminate extension to Article 50 that has been voted for but also Theresa May’s deal, which refuses to go away despite it being resoundingly rejected twice by some evidently not-so-meaningful votes, and no-deal, which remains the default despite Parliament voting against it.

Thankfully I think my investments are pretty well-insulated from whatever Brexit outcome we ultimately settle on. The main impact on my portfolio comes via the exchange rate, as most of the businesses I have invested in earn most of their revenues in Dollars rather than Pounds. This has created a headwind for me this week as the Pound has risen sharply, presumably as a no-deal outcome is now seen as less likely. That aside, the week seems to have gone pretty well for my portfolio. It was an important one with a couple of my larger positions, Gamma Communications and Burford Capital both reporting very decent results. The immediate share price reaction for Burford has been a bit perverse but I’m sure this will rectify itself in time. If it wasn’t already my second largest position I would be buying more. Next week is even more important with Bioventix, Judges Scientific and Sopheon all reporting. Fingers crossed!

I have one trade to report on. Last week I sold out of Booking for a small loss and bought a new position in Salesforce. Booking fell despite beating expectations in its recent quarterly results, as it issued underwhelming guidance (again). While the valuation looks decent, momentum is not. Salesforce on the other hand is more highly valued but is also on more of a roll at the moment and has some very exciting growth prospects ahead of it. 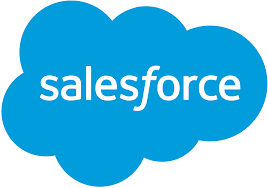 Salesforce is one of the largest and most successful enterprise software providers, focused primarily on customer relationship management (CRM) software delivered as a service through the cloud. It is already a very large global business, worth around £90bn, though hopefully this is only a fraction of the size it will become.

While Salesforce’s main offer is CRM sold as a subscription service, more recently it has been leveraging this to provide broader services as a integration platform, aided by its recent acquisition of Mulesoft. Its strategy is to become a one-stop platform for its business customers to digitally transform their businesses, integrating all their software requirements within a customer-centric perspective.

Momentum is good. Salesforce’s last quarterly results were ahead of expectations, though similarly to many other US tech businesses at the moment it somewhat disappointed the market with its guidance for the next quarter (despite some extremely bullish statements about its long term growth). The share price is still near its highs.

As an aside, for those of you less familiar with the US stock market, the extent to which investors focus on the next quarter’s results seems quite disproportionate. While the US stock market has greater liquidity and seems much more efficient than the UK in responding swiftly to newsflow, the quarterly reporting system does appear to sometimes lead to substantial price reactions to ostensibly minor short term news. While I haven’t thought of a reliable way of exploiting the short term swings in prices this can create (maybe this is what you should expect to see in an efficient market) it does suggest there that a suitably long term perspective and focus on quality should pay.

Salesforce’s current low profitability and rapid growth makes its valuation hard to assess. However, given the strength of its competitive advantage, the certainty of its long term growth prospects and its huge cash flows, I’m going to stick my neck out and say the valuation seems reasonable despite the high headline multiple of almost 60 times next year’s earnings.