After a roaring April with double digit gains, so far May has been rather more frustrating. I have three things to thank for this: one, the rekindling of the US China trade war; two, an analyst note questioning the accounting of what was my largest holding, Burford Capital; and three, a chest infection that’s taking its sweet time to get better. None of these issues seem worth getting too bothered about in the long term, but that doesn’t stop them being a source of frustration right now.

The recent escalation of the trade war was broadcast in characteristic fashion through a Trump tweet last weekend, announcing an increase in tariffs on $200bn of Chinese imports. This Monday, China announced its retaliation. Most investors had apparently got quite used to the idea that a trade deal was imminent and that this was a ‘good thing for equities’, so this latest spat has hit US stocks fairly hard. The current tariffs are too minor to have a very significant impact on the US and Chinese economies (and consequently the rest of the world). Obviously, the fear is that the trade war will escalate further and cause real damage. I’m optimistic that China will cave and a deal will be reached before things escalate too much. The US seems to be in a stronger position than China. It’s also worth noting that if the trade war does escalate this would probably give a green light for more doveish monetary policy. In short, I think the trade war is more likely to present a buying opportunity than something most investors should really worry about.

It’s Sod’s Law that the share I am currently most excited about, Burford Capital (as I noted in my recent portfolio review), is the one that has recently been receiving the most negative attention. The share price has fallen by 20 percent over the past couple of weeks. Often this sort of fall might prompt me to sell (better safe than sorry) but I have sufficient conviction in Burford to continue to hold. The catalyst for the share price fall seems to have been a bearish analyst note by broker Canaccord Genuity. I haven’t had access to this note myself but I have seen enough from it to be comfortable that there isn’t cause for concern. From what I’ve gathered the main points it raises relate to accounting methodology, more specifically the timing of Burford’s profit recognition of partially concluded or yet to be concluded cases. There is always scope for investors to be taken in by accounting fraud (e.g. Patisserie Valerie) so one shouldn’t be complacent, but I don’t believe any legitimate concerns have been raised in relation to Burford.

I’ve made a couple of trades since my last update. A couple of weeks ago I sold Micro Focus for a very small profit and replaced it with DotDigital. I looked into Micro Focus in more detail in advance of its return of value following the sale of its SUSE business. I still like the business but decided I didn’t have my head around the numbers well enough to justify continuing to hold.

I’ve held and written about dotDigital previously. Since then I’ve become a bit more familiar with dotDigital’s market and have a greater appreciation of what it does. As a result, I’m a bit more confident in the sustainability of its competitive advantage. DotDigital seems to be becoming more reliant on its strategic partnerships with the major CRM players (Salesforce, Magento, Shopify etc.). I largely see this as a good thing – it indicates the quality of dotDigital’s product and should hopefully provide a long growth runway. There is some risk that these partners find an alternative in the future but this seems fairly small to me. The profitability of the business, recurring revenues, long growth runway and reasonable valuation make it seem very attractive in the meantime.

This week I sold my position in Diploma for a 30% profit and bought Match. Diploma’s half-year report on Monday was pretty decent though ‘early signs of slower activity in the Industrial Seals market’ sounded a little ominous – not very serious but enough to tip the risk-reward balance and make it seem worth taking profits and switching horses. 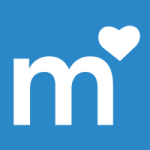 Match runs more than 40 dating platforms, including Match.com, Tinder, PlentyOfFish, Hinge and OkCupid among others. It has pursued an acquisitive strategy to get to this point, hoovering up a number of different small businesses in what has been a very fragmented and relatively nascent market. Most of Match’s brands use a ‘freemium’ subscription model where users can access the platform for free but need to pay a regular subscription to gain access to additional functionality and features.

Momentum is excellent with the share price breaking out to new highs following positive quarterly results last week. The valuation is not obviously cheap though seems reasonable given the growth prospects.