I have now fully recovered from Covid-19, assuming that is what I have had over the past week. The main symptoms were severe fatigue and shortness of breath. This was debilitating enough to excuse me from doing any work or household chores but almost imperceptible if I remained completely immobile, say reading Twitter or watching Netflix in bed. My lungs felt like they took a pounding but have recovered quickly. So all in all not the worst virus I’ve had the pleasure of hosting by any means. I’m thankful to be getting off relatively lightly.

Given the extraordinary times, I’ve updated again below with my latest thoughts on the economic outlook and what this means for my game plan. I’ve also updated on my purchases from last week.

The outlook for the economy looks increasingly bleak to me. The immediate impact of the lockdowns on economic activity and unemployment is of unprecedented magnitude. GDP across most of the world looks set to fall by double-digit percentages this year. The US is already recording five times more unemployment claims than the previous record in 1982. We are already in a severe recession.

The question is how quick the recovery is going to be. This is very difficult to predict- we are in uncharted territory. To start with we don’t know how long lockdowns will go on for or whether they will need to be reintroduced at a later point. I’m optimistic that they might be over before the end of April, but note that this is a lot earlier than the official lines at the moment. There is even more uncertainty about the long term economic consequences of these lockdowns on employment, investment, financial stability and corporate profits a few years down the line. It’s hard to be optimistic that the recovery would be sharp and ‘v-shaped’, even if lockdowns do just last a few more weeks. It isn’t totally out of the question, but it becomes less and less likely with each ‘irreversible’ business decision triggered by the shock (eg sacking staff, reneging on debt, shutting up shop). These decisions have knock-on effects as fear and caution spreads across the economy. The result is that consumers cut back spending, suppliers don’t get paid and investments are curtailed. Huge government bailouts will help but don’t look likely to be sufficient to mitigate this.

Following my last post, I followed through on my plan to raise some cash, but ended up raising a bit less than I was originally planning. I had second thoughts on sensing the general market buoyancy and on reappraising a couple of sale candidates that had updated very positively last week (Atoss and Esker) and deciding to keep hold of them. The net result was that I raised 22% cash rather than the 33% I  originally intended. Having some cash at hand will allow me to take opportunities of any further falls and means I’m now more ambivalent about which way the market goes. This makes the volatility feel a lot more comfortable and should help stop me make any rash decisions.

Unfortunately, the immediate timing of my decision to raise cash proved to be pretty poor. The market bounced hard over much of this week, even shrugging off news of unprecedented US job losses. Could this be a sign that we already saw the bottom? Possibly, though it seems unlikely.

With volatility and emotions running high, it’s very easy to make mistakes. I think patience is the name of the game. If prices don’t immediately fall again from here, the risk is feeling the fear of missing out and redeploying into what turns out to be a ‘sucker’s rally’, before the downtrend resumes.

I think my best course of action is to sit on my hands and reassess in a couple of weeks. If the situation hasn’t changed dramatically, probably the safest approach would be to then reinvest my cash balance gradually over the next few months.

I am also in the fortunate position of having the option to inject a great deal more cash into my portfolio if warranted. This cash was reserved for a deposit for a house purchase and the transaction was on the verge of completion before Coronavirus hit. Completing a house purchase now is looking like an increasingly foolhardy idea, with dark clouds ahead for the housing market and the possibility of a golden buying opportunity for stocks. If I account for these funds I’d be just over 60% in cash.

After a hectic couple of weeks I now have several trades to update on. As I signalled in my post at the beginning of last week (which now feels like a lifetime ago!) I got rid of some holdings I thought could be particularly exposed to Coronavirus: JD Sports, Churchill China, Lululemon and most of my Games Workshop. I replaced them with businesses I thought would be less exposed but had been sold off to some extent nevertheless: Ideagen, Alpha FX and ServiceNow.

This week I followed that up by selling another six smaller holdings: the rest of Games Workshop, Liontrust, Fabasoft, Accenture and Salesforce. Again, most of these seemed like businesses that would be relatively more exposed to negative effects from the crisis. There were no replacements for these sales as the point was to raise some cash to take advantage of any buying opportunities coming up. 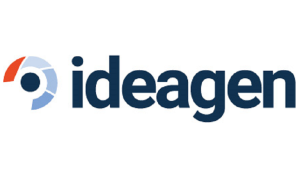 Ideagen is a small IT business that supplies specialised risk and compliance software to businesses operating in highly regulated industries, such as healthcare, transportation and defence. It is UK-listed but is very internationally diversified with customers all around the world. It actively pursues a ‘buy and build’ strategy, regularly making acquisitions to consolidate a very fragmented market of individual small businesses producing bespoke software products.

I’ve followed Ideagen with interest for some time, though have never bought the shares. It is one of few investments where I have actually met the management, a little while ago now. I didn’t find this especially illuminating but left with a positive impression of the Executive Chairman, David Hornsby (though he is quite a maverick character).

The share price has fallen along with everything else over the past few weeks. On a relative basis, momentum is strong as the price has fallen less far than some (about 25%) and the long term uptrend is still intact. The valuation seems decent given the growth potential. Ideagen is yet to update the market but I think it should be relatively resilient to any Coronavirus-related concerns.

Alpha FX is fairly small UK-listed corporate FX broker that has both listed and come to my attention fairly recently.

The price has fallen over the last month along with everything else, though to a slightly lesser extent. The long term upwards trend is intact. The valuation seems cheap given the growth rate and the business does not seem particularly exposed to Coronavirus-related risks.

ServiceNow is a large US enterprise software business, with a market cap of around £40bn. It provides cloud-based IT service management via its Now platform. This platform allows various IT services and processes across a business to be coordinated to perform different functions (eg onboarding a new employee) in a flexible and seamless way.

I’ve been looking for an opportunity to invest in ServiceNow for some time and the current small dip seems as good a chance as any.

The share price has dipped though is still in a long term uptrend. The valuation looks pricey, though I think is warranted with such excellent long term prospects.